Finding yourself scrubbing the nooks and crannies of your kitchen cabinets or folding the laundry when you actually have time to work on your business?

Your preferred procrasti-habit is cleaning…

Your physical body needs to release some energy, or your fight or flight system has taken over and you’re avoiding.

You are a Cinderella style procrastinator

Your preferred business procrasti-habits are primarily cleaning and organizing. Anything to get your body moving and out from behind the laptop when you are overwhelmed, anxious or even scared about doing something new in your business.

There’s actually a really good chance that you don’t even like cleaning!

What’s the best thing about being a procrasti-cleaner?

It’s easily identifiable, which makes it easy to change. 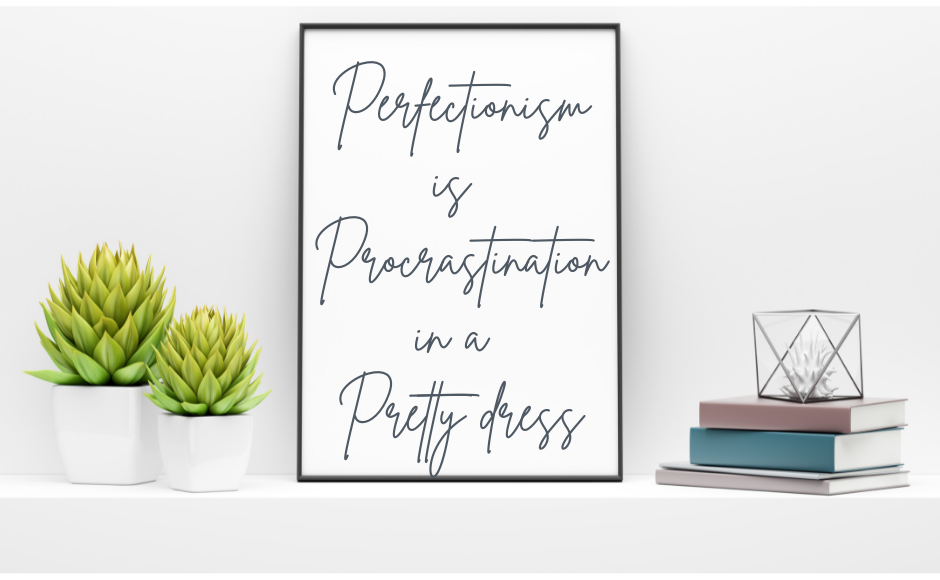 You can walk past the pile of laundry to your computer to email your list without hesitation.

You start work creating content as soon as the kids are off to school instead of diving into the pile of books on your desk to find the magic answer to getting motivated.

You can get in and out of Facebook groups in a reasonable timeframe, completing your goal of networking, yet not getting lost in offering all the advice, or just simply distracted by #allthethings.

You spend a resonable amount of time in self-care so that you aren’t pouring from an empty cup, yet you still have time for business and the family without working 16 hours a day.

These are the primary reasons why our brain leads us to choose our favorite procrasti-habit instead of #allthethings you said you were going to get done for your business today…this week…last month. 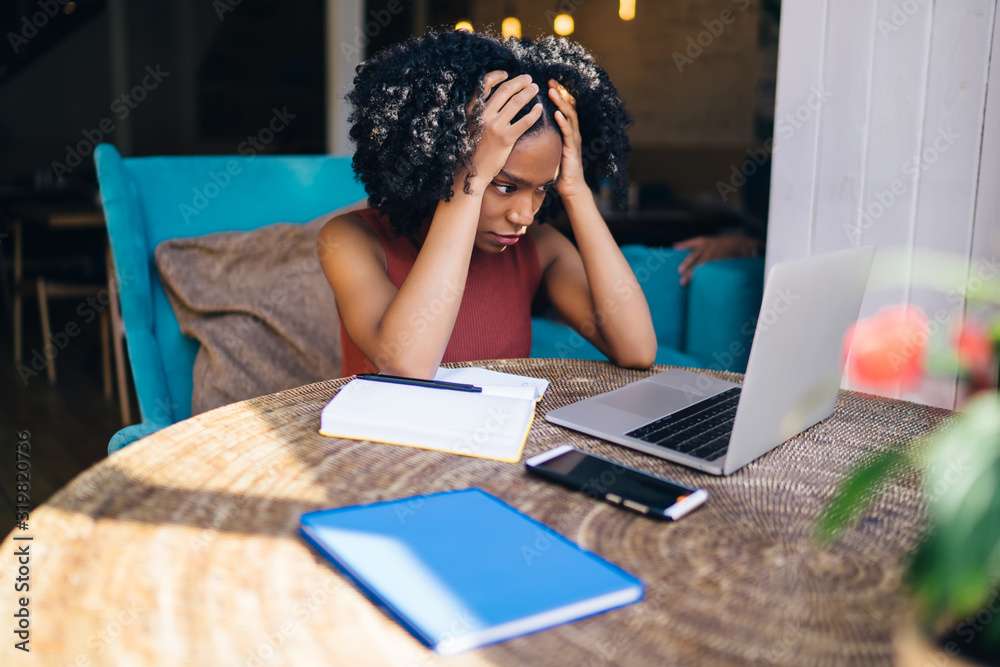 Today, the daily stressors – including ones that have NOTHING to do with your biz- put your brain in an almost constant state of fight-flight-freeze, and we find ourselves engaged in our favorite procrasti-habit instead of doing the thing that makes us a little uncomfortable in our business.

I'm ready to Challenge my procrasti-habits!

So what’s so different about this challenge?

EFT tapping is the tool you didn’t know you needed

With this 10-minute tool, you’ll turn off the fight-or-flight response that suddenly made the cleanliness of the bathrooms intolerable.

Hi, I’m Sara, and I’ve had all the Procrasti-Princess-Personalities. Click to watch the video below.

Repeat after me: I am not sabotaging myself. My nervous system is in overdrive, and I can do something about that right now.

EFT tapping works directly to calm down the parts of the brain that are responsible for the fight-flight-freeze response.

I'm ready to challenge my procrasti-habits with EFT

How is this challenge different?

What is EFT tapping?

Emotional Freedom Techniques use tapping on meridian points to rewire the emotional response that the brain is having to a perceived situation. What that means is that we can take the emotion that you are feeling when you think about taking that next important step in your business (like doing that live video, starting an email list, or publishing that blog or website) and use EFT tapping to calm down the fight or flight response that is causing you to procrastinate instead of doing the thing.

How can EFT tapping help my procrastination?

Example: Sara (a hypothetical online business owner) was planning to go live in her Facebook group today for the first time in a month. First she tidied up the area where she was going to go live because she doesn’t want people to think she’s a hot mess, and then she brings some dishes into the kitchen and 30 minutes later finds herself deep cleaning her kitchen floor in the middle of the day when the kids are at school and the house is quiet.

Sara is procrasti-cleaning to avoid doing the video. The next thing she knows, the kids are home and she has to put off the video for yet another day.

What could she have done differently?

Sara recognizes that she is avoiding something because she actually hates cleaning. Sara could have set the cleaning bucket aside (after all, the cleaning can be done when the kids are home), and started tapping, asking herself how she feels when she thinks about doing the video.

Sara identifies that “I feel pressured to put valuable content up in my group everyday and I question if it really matters.” If she stops to do some EFT tapping now, Sara can harness the power of EFT tapping to voice how she is feeling and to calm her stress response.

After tapping, it is much more likely that Sara will go do the video – she will make progress instead of procrastinating – because she has used EFT tapping to reduce the intensity of the pressure she feels. Now, her body and brain are not sending the same fight or flight response that was making her procrastinate before she did the tapping.

Get to know your host, Sara

As an Accredited and Certified EFT practitioner and Intuitive Business Coach, I specialize in work with online entrepreneurs who are stuck in a loop of procrastination, personal development, impostor syndrome and perfectionism. My ARISE coaching framework and EFT skillset help you eliminate procrastination and step into confident action in your online business. We work together to identify procrasti-habits, repeating life patterns, and limiting beliefs, and then rewire these systems with EFT tapping so that you can make satisfying progress in your business on a daily basis.

I'm ready to Challenge my Procrasti-habits! 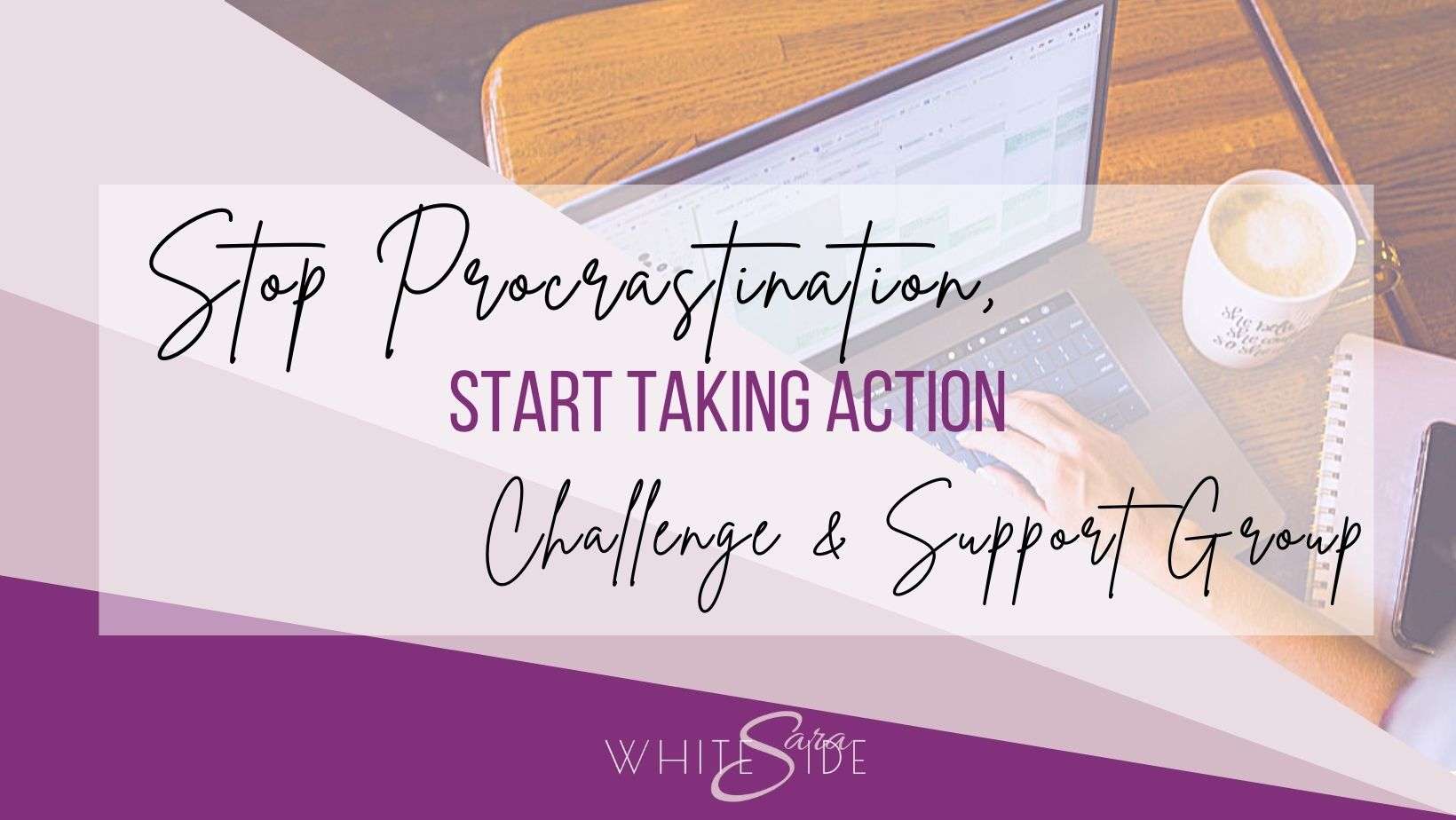 Join us for the next Procrasti-habit Challenge!
We use cookies on our website to give you the most relevant experience by remembering your preferences and repeat visits. By clicking “Accept”, you consent to the use of ALL the cookies.
Do not sell my personal information.
Cookie SettingsAccept
Manage consent

This website uses cookies to improve your experience while you navigate through the website. Out of these, the cookies that are categorized as necessary are stored on your browser as they are essential for the working of basic functionalities of the website. We also use third-party cookies that help us analyze and understand how you use this website. These cookies will be stored in your browser only with your consent. You also have the option to opt-out of these cookies. But opting out of some of these cookies may affect your browsing experience.
Necessary Always Enabled
Necessary cookies are absolutely essential for the website to function properly. These cookies ensure basic functionalities and security features of the website, anonymously.
Functional
Functional cookies help to perform certain functionalities like sharing the content of the website on social media platforms, collect feedbacks, and other third-party features.
Performance
Performance cookies are used to understand and analyze the key performance indexes of the website which helps in delivering a better user experience for the visitors.
Analytics
Analytical cookies are used to understand how visitors interact with the website. These cookies help provide information on metrics the number of visitors, bounce rate, traffic source, etc.
Advertisement
Advertisement cookies are used to provide visitors with relevant ads and marketing campaigns. These cookies track visitors across websites and collect information to provide customized ads.
Others
Other uncategorized cookies are those that are being analyzed and have not been classified into a category as yet.
SAVE & ACCEPT